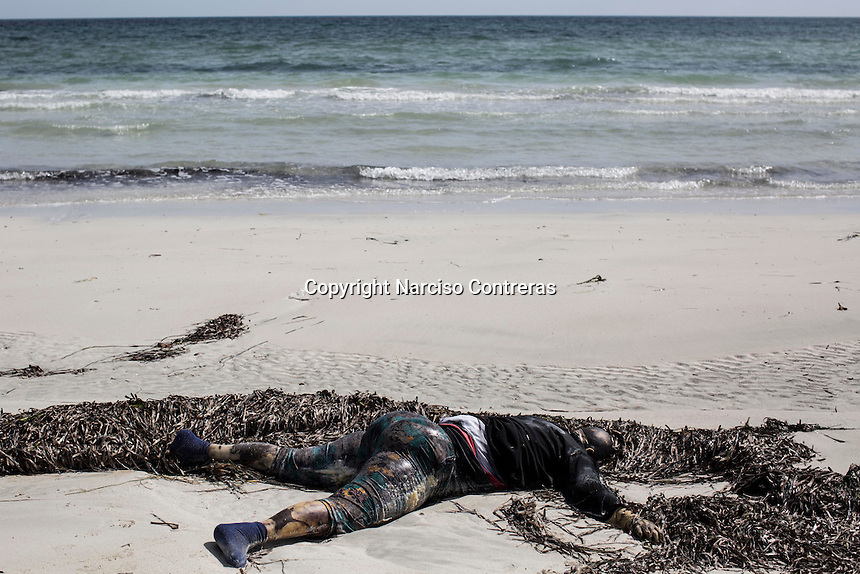 The corpse of a pregnant African migrant lays on the shore of Zawara after it was washed up by the tide. The body was among two-hundred and twenty-six bodies of illegal migrants, asylum seekers and refugees that were washed up on the shores of Zuwara and Sabratah in the week after their boats sank in the Mediterranean. Twenty-six pregnant women and one toddler were among the dead. Zawara, Libya.