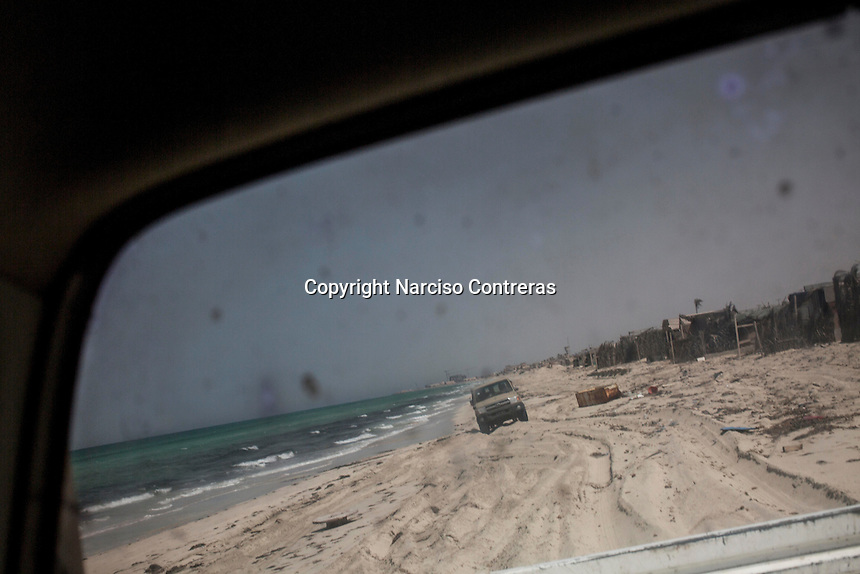 A vigilante group carries out surveillance operations on the Zuwara shore, looking for the corpses of illegal migrants and refugees, which have been washed up by the tide during the night. From the 10th to the 17th of June 2016, two hundred and twenty-six bodies of illegal migrants, asylum seekers and refugees were washed up on the Zuwara and Sabratah shores. Twenty-six pregnant women and one toddler were among the dead.