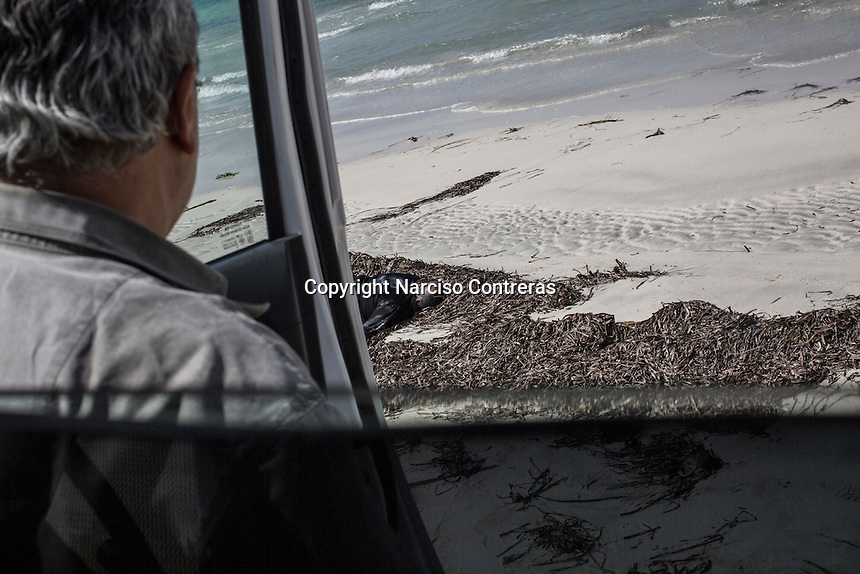 The corpse of a pregnant African migrant is discovered by vigilante groups on the Zawara shore after having been washed up by the tide. The body was among two-hundred and twenty-six bodies of illegal migrants, asylum seekers and refugees that were washed up on the Zuwara and Sabratah shores the week after their boats sank in the Mediterranean. Twenty-six pregnant women and one toddler were among the dead. Zawara, Libya.